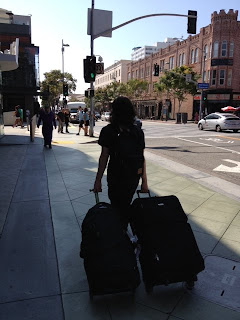 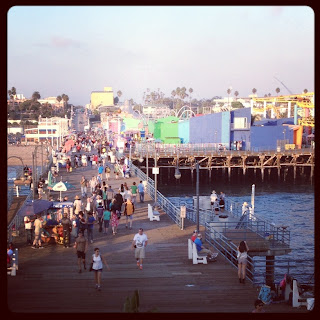 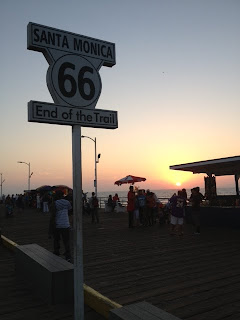 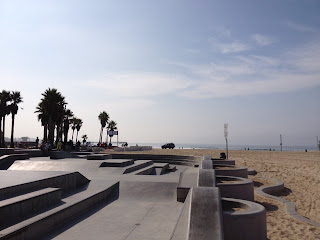 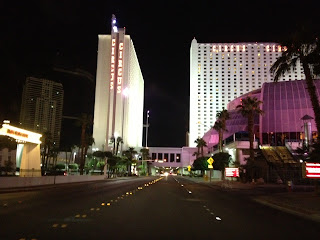 So it's been 6 days since we took off to the USA on a big adventure - We've done so much it feels like we've been here for weeks!

We landed in LAX early on Wednesday morning - we stepped outside of the airport dazed and tired from the 14 hour flight and Gav asked me if we should go left or right, I pretty much laughed at him ( but yes he was serious) so I said we should go to the right. And that's pretty much how things have gone ever since! We ended up Getting to Santa Monica that afternoon - a beautiful beach city in California & the end of Route 66

We spent one night here just to take a rest - get our toes wet and have a good sleep so we were ready to get on the road to Las Vegas, Nevada!

Day two started off with a bike ride for me and a rollerblade for Gav down to Venice beach it was really nice down there - I think I was mostly excited about getting some sun & giggling at people's American accents.

As we were riding back to Santa Monica I spotted something on the ground. . . A $100 bill, this would be exciting under normal circumstances but on the day we were driving to Vegas? That's ridiculous and we were hoping a sign of things to come. . . We arrived in Las Vegas at around 2am that night as it turned out the traffic in LA really is as bad as they say.

We checked in to Circus Circus and that really is where the adventure began. .