Do you follow The Design Files? If you don't already now is the time! See why Below. . .

The Lovely Lucy from the Design Files featured our Geo Cushions here a couple of months back as part of Modern Times
(I'm still SO excited about that! )

Illustrations by Oslo Davis.
Posted by Pomegranate No comments:

Ok so this post is the week after Sydney week (oops!) but it's here now so that's all that matters right?

So when I was in Sydney for Etsy Success (which was amazing) I stayed an extra day for a couple of reasons. 1. One of my close friends Steph recently made the move up to Sydney to chase a new career and I really wanted to visit her and see how she was going forming a new life away from home and her family. ( plus she was SOOO excited at the possibility of me coming up I had no choice but to book the flights and visit!) 2.
I have only been to Sydney twice before and I've never really got a good feeling about it and wanted to give it another go.

Apart from the conference and catching up with Steph the highlight of the trip was visiting Adriano Zumbo's patisserie! 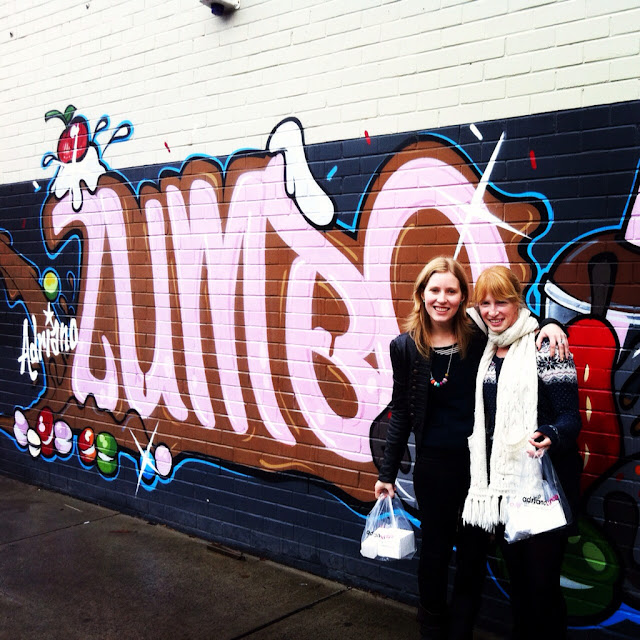 This seems strange coming from a person who doesn't eat cake of any kind or particularly like desserts but Zumbo's creations are so visually AMAZING I can't help but be astonished by the vibrant colours and marvel at the craftsmanship and detail that goes into each and every piece. 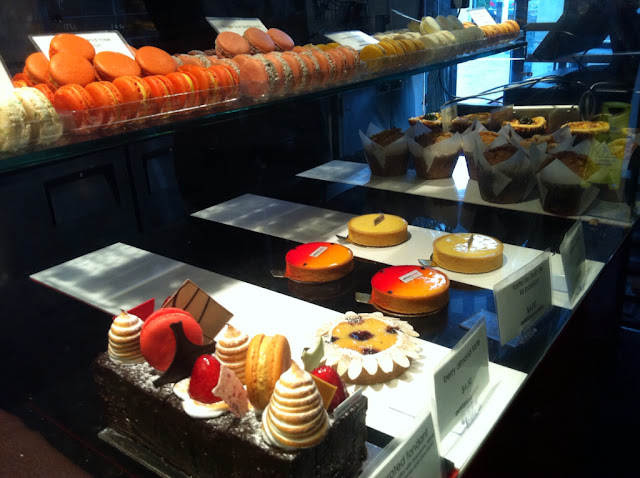 I bought a few pieces that I wanted to taste and to share with my family back in Melbourne! I got the amazing passion fruit tart - or should I say "tarte au fruit de la passion" hehe and a beautiful Box of zumborons! (Macarons Zumbo style) they were all beautifully boxed up and ready to travel home to Melbourne for the fam! 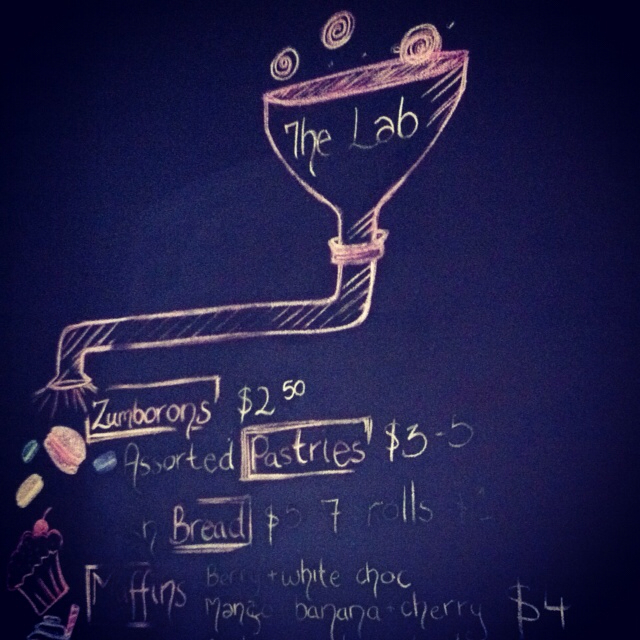 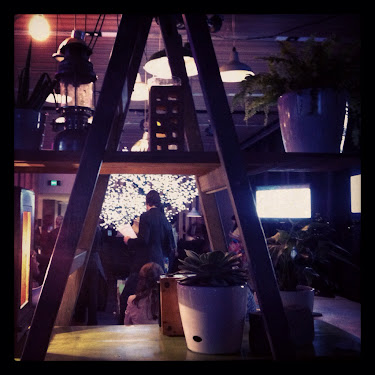 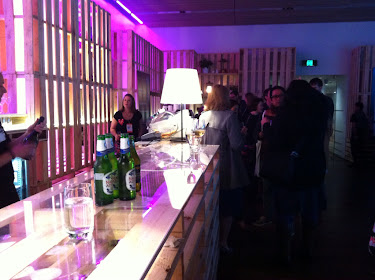 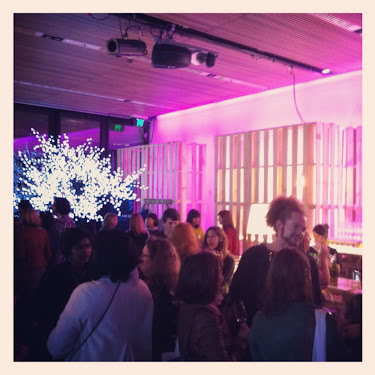 Towards the end of the night at Etsy Success I made my way out onto the rooftop terrace to check out the view (it was opposite the Oprah House and next to the Sydney harbor Bridge after all!) when I looked across the harbor to the Oprah House and it took me a few minutes to realize what was happening! All I could say was "oh wow! " there were people spinning around ontop of the Oprah house!!! After a few seconds I remembered about the light show and it was AMAZING! They were projecting onto the Oprah House! There was a series of works to watch including one that appeared like the building was caving in! It was all so clever! As I adventured around to the rocks the light sculptures continued

Check out these pictures ( apologies for the iPhone quality! ) 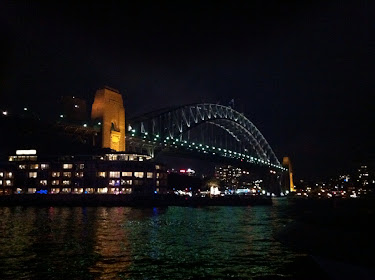 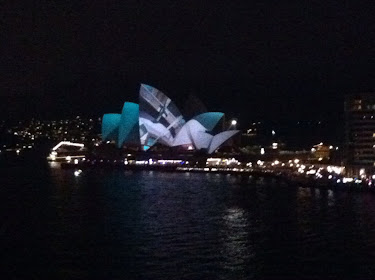 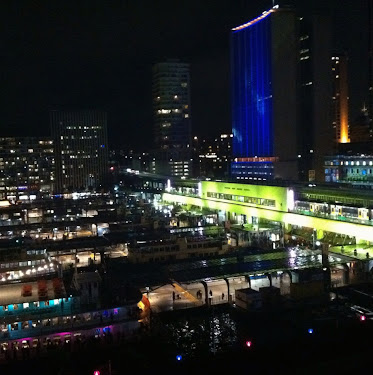 Stay tuned for tomorrows post! The most exciting yet disappointing part of the trip (if that's at all possible!)

Posted by Pomegranate No comments:

They last few sessions for the day were Tips from Top Sellers moderated by THE Danielle & Styling and photography and how to PR by Jo Walker from Frankie Magazine and blogger Pottymouthmama ! 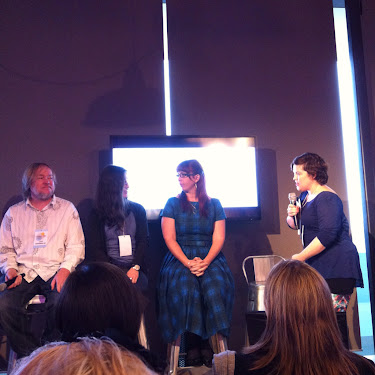 Both of these sessions were highly entertaining and I managed to pick up some really great tips and ideas on how to improve my business and store.

A couple of top tips for Etsy:
- Be you - but be the best you, Tell a story in your profile (i.e why are you different, what are you offering buyers), be flexible and open to change, always contact a buyer to say thankyou and double check their postage address!

During the DIY PR session Jo Walker gave us her tips if you're ever going to contact her (or any other editor) by e-mail here are her tips in a nutshell.

1. Get straight to the point

4. Don't call her Nancy, Sally or anything other. Name that isn't Jo ( in other words read before you send and don't send her a generic e-mail!)

These sessions were hilarious and really topped off a great day :)

I also want to share from the conference was the AMAZING food we were served ALL day! (I was so full I pretty much had to roll out of there!) 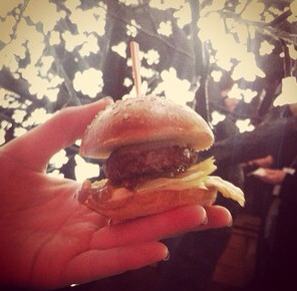 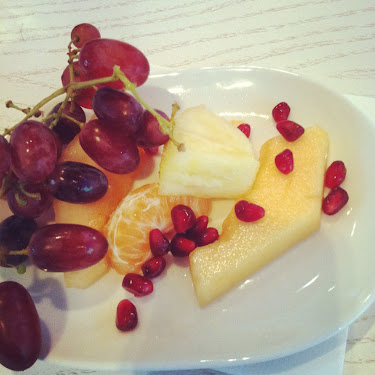 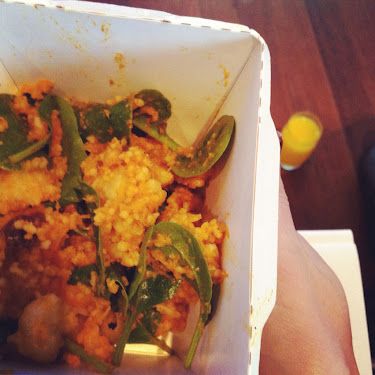 
Posted by Pomegranate No comments:

I arrived at The Museum of Contemporary art at Circular Quay bright and early on Saturday morning for a full day conference which was organised and hosted by our Etsy Community manager Angela D'Alton.

After meeting Angela at Finders Keepers in Melbourne recently I realised that Etsy was making some huge leaps to support the Australian community of Etsy sellers. I learnt that they don't only have a Sydney office they have just opened one in Melbourne too! As well as these new support crews they've formed down under Etsy also sent out a few members of their team all the way from Brooklyn! Including CEO Chad Dickenson, Danielle Mavel ( always introduced as THE Danielle) . To me it was amazing to see that Etsy was providing all of this support to us so I felt like the least I could do was make the trip across the country to go and see what they all had to say! 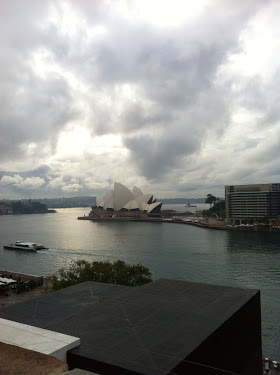 The day started with an awesome delegate bag 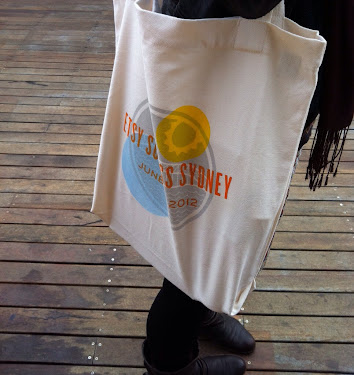 a cup of tea 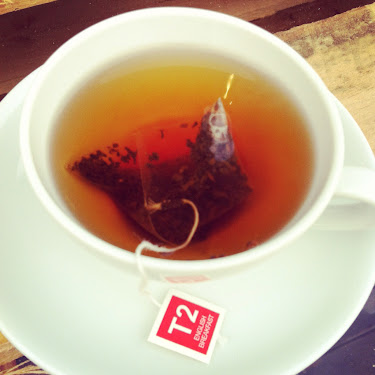 and Chad's famous speech which he first presented at Etsy Success in Berlin called "Finding your Courage" he shared his story and his journey to being the CEO of Etsy and his tips for us crafters. A few words he summed up his inspirational talk with were . . .

Start. Persist. Make mistakes. Be true to yourself. 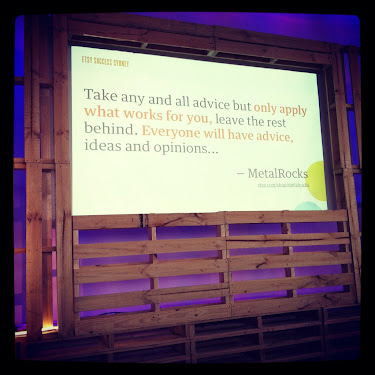 Another tip Chad spoke about

Following the introductions, the girls from Tmod shared ideas on turning your creative business into a viable one. They were hilarious and gave us some great laughs, some party hats and shared these great tips and inspired us all: 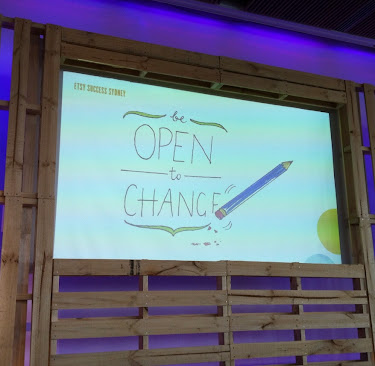 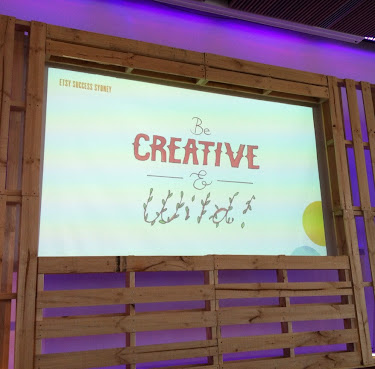 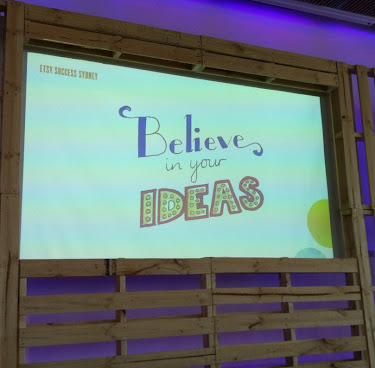 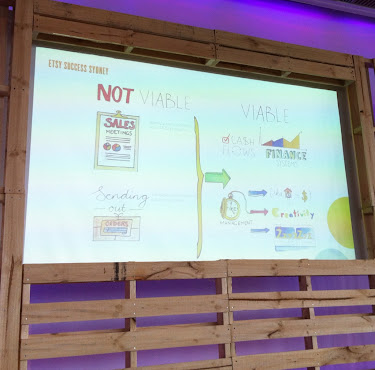 Tmod's formula to having a viable business! 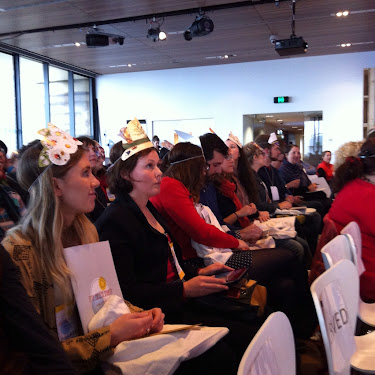 Everyone enjoying their party hats!
Etsy Success was so huge I'm going to split the post :) Tomorrow I'll share part two of Etsy Success including some tips from Top Etsy Sellers and what to do if you're ever sending an e-mail to Jo Walker from Frankie Magazine! 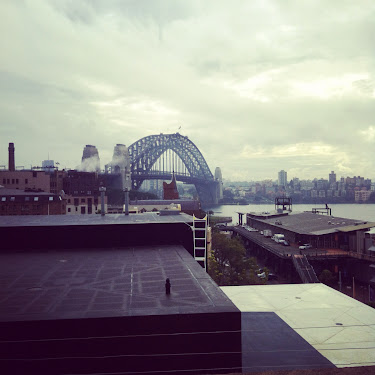 As I mentioned I took off to Sydney for the weekend to attend the Etsy Success conference on the sixth level at the Museum of Contemporary Art. It was a 4am start for me to get to Sydney In time but the day was well worth it! 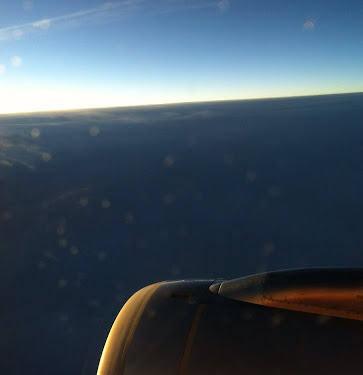 The seakers had some great advice and there are loads of things from the weekend that I would love to share with you so ... Welcome to Sydney week! All of my posts this week will consist of some of the great things I discovered this weekend, some little gems of advice I picked up at Etsy Success and I left feeling so inspired! I look forward to sharing it all with you over the coming days! 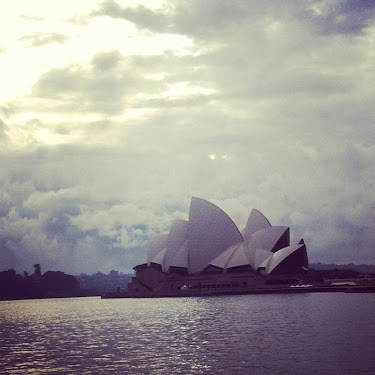 Posted by Pomegranate No comments: